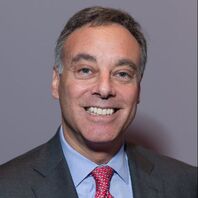 ​Founder and Managing Partner
Mr. Michael B. Kessler founded GFC in partnership with Landon Capital in 2020 to pursue a flexible investment strategy targeting control and non-control investments in growing companies with less than $5 million of EBITDA for buyouts, acquisition financing, liquidity events, organic growth initiatives and recapitalizations. Mr. Kessler started GFC after spending seven years at The Riverside Company, having joined in 2013 as a Partner and founding member of the Riverside Strategic Capital Fund, a fund targeting non-control structured debt and equity investments in companies with over $5 million of EBITDA. Prior to joining Riverside, Mr. Kessler was a Partner at Veronis Suhler Stevenson (VSS) and a member of the firm’s investment committee. At VSS, Mr. Kessler was responsible for the origination, underwriting, structuring and management of portfolio investments in the VSS Structured Capital and Equity Funds. Prior to joining VSS in 2003, he worked for 17 years as an investment banker at CIBC World Markets, Oppenheimer & Co. (acquired by CIBC in 1997), Barclays Capital and Merrill Lynch. Mr. Kessler holds an MBA in Finance from the Wharton School, and a BA in Economics from the University of Pennsylvania. Mr. Kessler is currently a member of the board of iMemories LLC and 919 Marketing Company LLC, and has previously been a board member of numerous companies including Bentley Laboratories, LLC, Alcohol Monitoring Systems, Inc., Select International, Tax Credit Co., SHL, Market Strategies International, and TMP Worldwide Advertising & Communications.

Investment Committee Member, Greens Farms Capital LLC; Co-Managing Partner, Evolution Managers Capital; and Managing Partner of Landon Capital Partners, LLC
Mr. Sullivan has over a decade of investment experience in middle market private equity. As a Managing Director at The Tokarz Group Advisers and MVC Capital working with Michael Tokarz, Mr. Sullivan was responsible for sourcing, acquiring and monetizing portfolio investments. Prior to joining TTGA/MVC, he worked in the investment banking group at Credit Suisse. He received his MBA from the Carroll School of Management at Boston College and a Bachelor of Arts in history from Dartmouth College. Mr. Sullivan is based in Boston.

Advisor
Brian Fitzpatrick has over 40 years of managerial experience, the last 28 of which have been as CEO of companies requiring substantial restructuring and strategic re-engineering.  Since 2002, Mr. Fitzpatrick has served as Chairman and Chief Executive Officer of Bentley Laboratories, LLC, a formulating and outsource manufacturing firm serving the cosmetic and pharmaceutical industries.  During his tenure he has been responsible for implementing a variety of strategic initiatives that have led to the firm’s dramatic growth.

Prior to Bentley, he served as President and Chief Operating Officer of Chromatics Color Sciences, a role he assumed upon orchestrating the successful sale of Gordon Laboratories, Inc., a Carson, California based formulator and manufacturer of cosmetics, hair care and other personal care products, in May 2000. Mr. Fitzpatrick had been the President, Chief Executive Officer and Chairman of Gordon since April 1996. While under his direction, the company doubled in size and repositioned as a full service supplier of outsource services.

Prior to Gordon, Mr. Fitzpatrick served as President of a service business and President, CEO of a high tech electronic manufacturing company. His earlier career included working for the Polaroid Corporation in its industrial marketing division.

Advisor
Lloyd Lynford was the President, Chief Executive Officer and a director of Reis, Inc. since its founding by Mr. Lynford and Mr. Jonathan Garfield in 1980 until its sale in August 2018 to Moody’s Corporation in an all-cash transaction valued at approximately $278 million. Reis is a leading provider of U.S. commercial real estate (CRE) data. Over nearly 40 years, Reis compiled a rich archive of detailed information on some 18 million properties nationwide, and became the data set of choice for commercial real estate professionals, including property developers, managers, investors, lenders and brokers. Mr. Lynford also served on the board of the Real Estate Research Institute from 1993 to 1997 and served as its President from 1996 to 1997. He has lectured at The Wharton School, Berkeley, MIT, New York University, Columbia University, and Cambridge University. Mr. Lynford graduated magna cum laude from Brown University. Mr. Lynford also served on the board of directors of Paradigm Tax Group from 2014 to 2019. Mr. Lynford has extensive expertise in commercial real estate markets and in developing and marketing analytical products to decision makers in the real estate capital markets.

Advisor
Noel Sitzmann is a private equity CEO and board director with a 25-year track record of shareholder success in acquiring, building, operating and selling businesses.  In addition to sourcing transactions and raising capital for his own deals, Mr. Sitzmann has advised businesses of all sizes on capital raising  and growth and exit strategies.  From 2012-2019, Mr. Sitzmann was the Chairman and CEO of Focus Pointe Global (FPG), a leading provider of high-quality qualitative and quantitative marketing research data collection services, and achieved growth in sales and profitability through increased investment and an acquisition strategy to expand FPG’s national presence.  Prior to FPG, he spent 11 years as the CEO of of PreVisor, and grew  the business 20-fold from a niche player to the leading global provider of technology-enabled talent measurement solutions.  Mr. Sitzmann is a graduate of Marist College and the Fordham Gabelli School of Business.

Advisor
Craig is a seasoned investment banker and board director with an extensive background in finance, corporate governance and operating leadership.  He is a partner with the New York office of England & Company (www.englandco.com), a middle-market merchant bank and has completed over $12 billion of domestic and cross-border capital and advisory engagements (financings, growth capital and M&A transactions) in Business Services, Consumer Products, Financial Services, General Industrials and Healthcare.  Prior to joining England in 2012, Craig headed Leveraged Finance Distribution at Oppenheimer & Company (formerly CIBC World Markets) where he was an officer of OPY Credit and a standing member of the Capital Markets and Underwriting Assistance committees.  Prior to Oppenheimer/CIBC, Craig headed the Private Finance and High Yield Capital Markets Groups at SunTrust Bank; and prior to SunTrust, he was CEO of HNY Associates, a merchant banking boutique.

Craig currently serves on the board of Carver Federal Savings Bank (NASDAQ:CARV) where he chairs the Institutional Strategy Committee and serves on the Asset Liability Committee.  He previously served on the advisory councils of Master Shares/Master Income ETF (NYSE:HIPS); and The Deal (www.thedeal.com), a leading financial publisher of market and corporate information.  Craig earned his BS in Economics and his MBA in Finance at the Wharton School of the University of Pennsylvania; he is a Chartered Alternative Investment Analyst, an NACD Governance Fellow and maintains FINRA Series 27, 24, 7, and 63 licenses.
EXPERIENCE